There is no argument that Minecraft Is one of the most popular games in the world but not everyone has played it, and not everyone knows what it is about. It is one of the simplest games in terms of graphics, and the game premise itself is simple – survive against all the odds. At one time, it was a Windows-only game, but now you can play it on iOS and Android with a version called Minecraft PE ( Pocket Edition ).

Minecraft is a 3D game of simple blocks. The premise is simple – you start out in the middle of nowhere, and you have one job – survive. But it’s more fun than that. Exploration of your surrounding area can yield treasures beyond your wildest dreams. Explore forests, rivers, mines, caves and more to find resources to build a home with, to craft weapons and armor to fight the many monsters that appear when the sun goes down. Raise crops and animals, play alone, play with others, the choice is yours, along with the choice of several game modes. 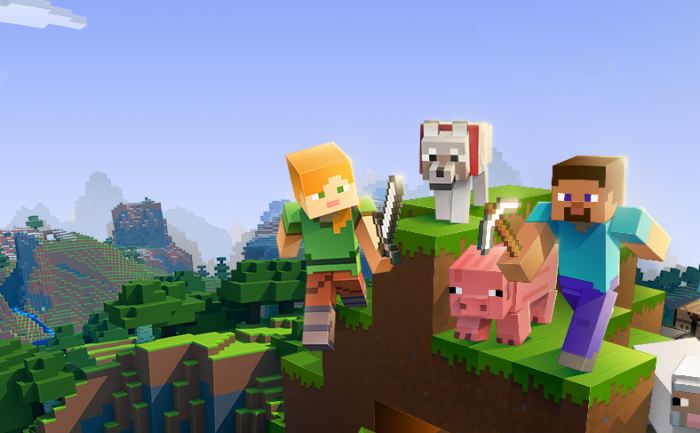 There is nothing hard about downloading Minecraft – just head to the app store for your platform and download it, or click on one of the links to go straight there. Don’t expect to get it for free though:

Minecraft comes in more than one flavor and several versions are available on both desktop and mobile platforms. The question is, which one do you go for? Well, that’s down to your personal preference – the desktop version requires you to be sitting at your computer while the mobile version lets you play where you want when you want.

As far as gameplay goes, both games are much the same but the PE version does offer a more child-friendly game. Parental controls are much stronger and joining a multiplayer game can only be done through invitation.

Another difference between them lies in the third-party integrations. With PC, connections to third-party servers and third-party mod integrations are possible; you can’t do that with PE – you do get a series of in-app purchase options for skins and resources though.

And playing multiplayer games can be done cross-platform too. Play on an Android or an iOS device and you can play with those on desktop versions. So, while there a few differences, the gameplay is pretty much identical and it’s down to personal choice as to which one you play.

We’re not done yet

Grab your copy of Minecraft today and join in hours of adventure and fun.

Back to top
Language:
mobile desktop